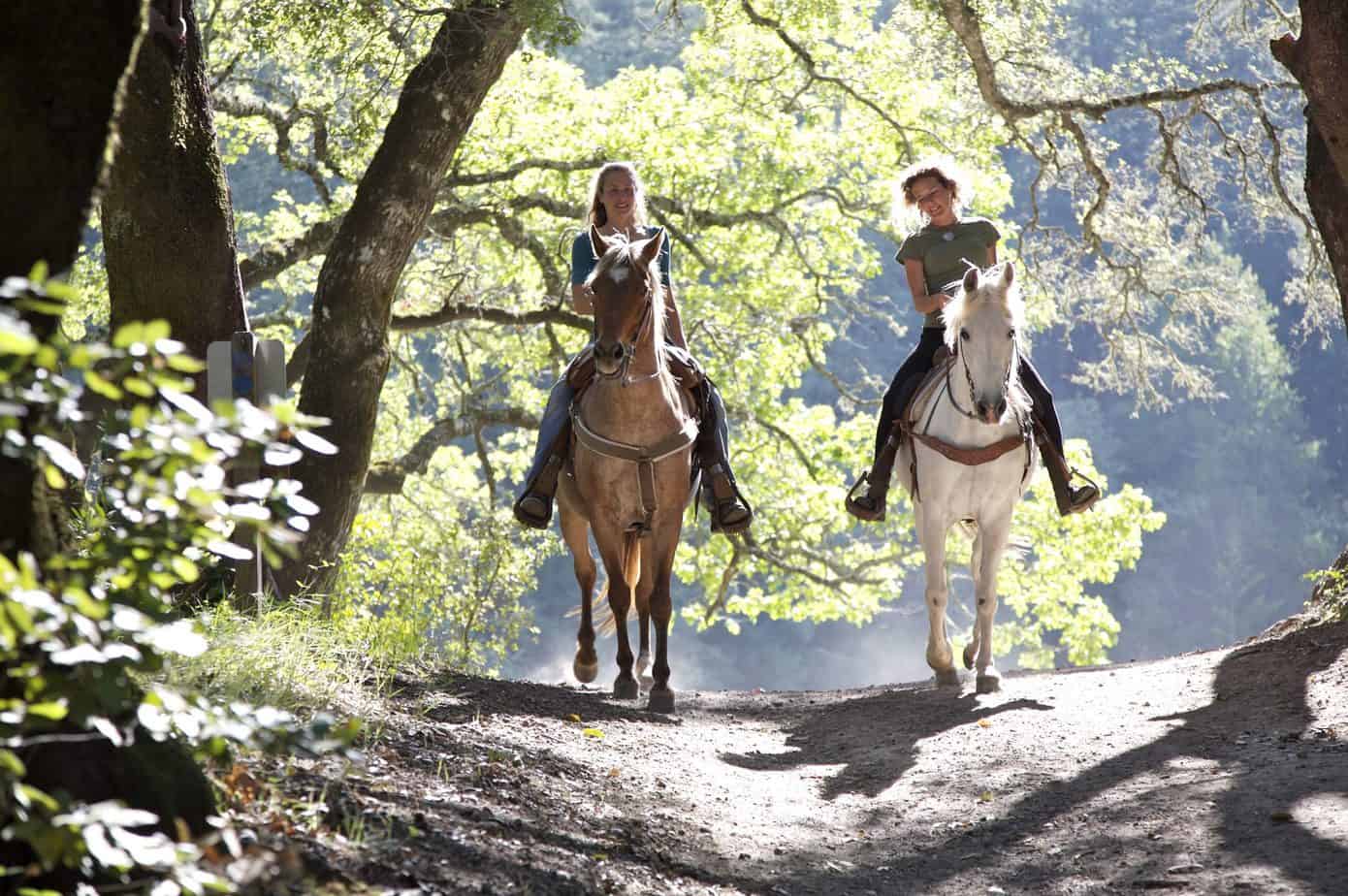 When’s the last time you tried something truly new—something you’d never done before in your life?

If it’s hard to remember, you’re not alone. As we get older, we tend to get stuck in our routines. I saw it happen with my own parents in their later years. They were going to the same restaurants, watching the same television shows, and running the same errands week after week.

But there are steps you can take to make sure that your life expands instead of contracting after 50.

I know, because I’ve been there.

The year I turned 50, in anticipation of the milestone birthday, I decided I wanted to try something new every week for an entire year. That’s right—52 brand-new experiences during the year I entered my fifth decade.

I started small, with sushi. I’d always been a California roll kind of girl, but this time I went out to dinner with a sushi-savant friend. The chef presented us with all types of delicacies. It was sensational!

But embracing the spirit of adventure that comes from trying new things all the time led to big changes, too. We were empty-nesters living in Sacramento, and I was commuting to Los Angeles via plane every Monday. My husband suggested we move to our retirement destination in Park City, Utah, early, and I said, “Let’s do it!”

Soon, a private bank in Salt Lake City recruited me to work with their select clients as the financial planner for the state of Utah.

That’s a move to a new state and a new job, all inspired by my year-long experiment!

Discover 11 Ways To "Up Your Game" Today

This guide will help you play more, step out of your comfort zone, and make yourself a priority! Plus, you’ll also get my weekly tips to help you up your game. 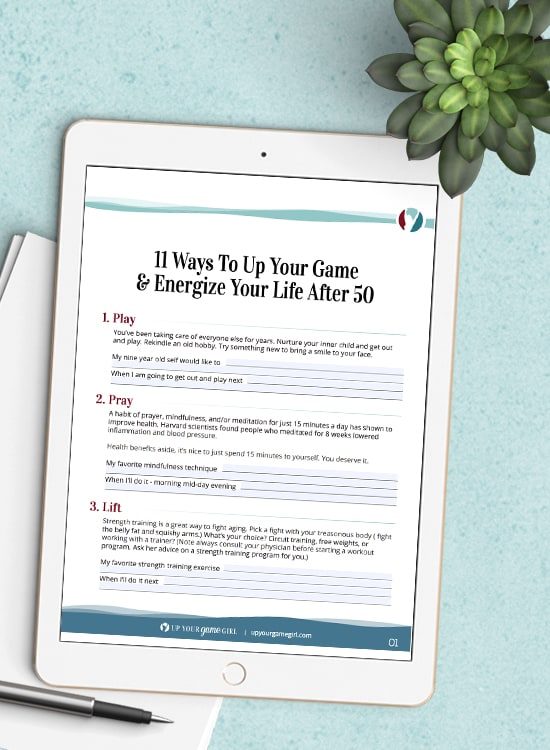 It turns out that trying new things can actually slow down time.

It’s a common refrain among older people that time seems to accelerate as you age. And it turns out that the research backs it up.

Steve Taylor, a professor of psychology at Leeds Beckett University in the UK, wrote in The Conversation that his research indicates that as we get older, we acclimate to the various stimuli of life. We’re settled in our routines, so our brains are actively processing less and less information, which results in that feeling of days, weeks, and months flying by.

The antidote for the acceleration of time? Trying new things!

This phenomenon explains why time seems to pass much more slowly to children—everything is new to them. And have you ever been traveling in a foreign country where you notice all the unique little details and time seems to stretch longer? It’s because your brain is processing every little thing that’s different from your life back home.

It doesn’t have to be a big experience to make a big difference.

Most of us don’t have the luxury of going on multiple international trips per year. But trying even small new things can slow down time, keep us sharp, and change our lives.

“These are small, actionable and science-backed steps you can take to make immediate changes in your daily life,” she wrote in The New York Times. “It’s the idea that if you make the steps small enough, they’ll become too small to fail.”

Plenty of the new things I tried that year fell into this small-but-mighty category: I tried new restaurants, took new routes home from work, hiked trails I’d never hiked before, and joined a book club.

Even these small tweaks make me feel energized, alive, and excited.

Trying new things may also be the most effective way to keep your mind sharp.

Neuroscientists from the University of Texas at Dallas compared three study groups of seniors: one group that socialized with friends and generally “had fun,” another that listened to music and did puzzles and played games, and a third that took up a hobby that they’d never tried before (chosen at random by the researchers).

The only seniors that showed significant gains in memory was the group that picked up a new activity.

Learning a new skill can also help ward off dementia and other forms of cognitive decline. Plus, it can be fun and a source of new friends and connections!

Want to start your own mission to try new things, slow down the rapid passage of time, and keep your mind active?

Keep these three things in mind:

1. Step outside of your comfort zone

When we first moved to Park City, my husband and I knew one person there: our realtor.

I had to really put myself out there to make new friends, and at times it was really uncomfortable. But I persevered, joining a church and even Toastmasters Club to improve my public-speaking chops. Some of the people I met there have become close friends.

While it felt awkward at first, meeting all these new people has enriched my life beyond my imagination!

When you’re trying new things, don’t be afraid to step outside your comfort zone. The payoff is always worth it.

Quantifying your goals in some way makes them easier to track—and easier to stick to.

For example, I knew that I needed to try something new 52 times that year—once every week. Once I had tried my new thing for the week, I could mentally cross it off.

3. Engage people in your life to help you achieve it

Once people in my life knew that I had set this goal, opportunities to try new things started piling up: People would invite me to cooking and art classes, on hikes and other excursions, and to whatever social events they were going to.

Plus, research from American Society for Training and Development showed that when you tell an accountability partner about a goal and meet with that person to discuss that goal over time, you chances of reaching that goal skyrocket to 95%.

My fiftieth-year experiment has ended up lasting several years, and it’s brought me so much joy and fulfilment.

Since I started trying a new thing every week, I started playing the flute in my local church choir (I played the flute in high school!), tried snow-shoeing, took on interesting projects at work that were outside my comfort zone, started intermittent fasting, and went on safari in South Africa.

I even learned the ski for the first time in my life—at age 50! At the beginning I was scared of falling and hurting myself and scared of losing control. But I’ll never forget the lesson where I learned that I wasn’t turning correctly. Once I felt the correct technique in my body, everything connected, and I took off like a rocket ship.

It was so amazing to reach a new level both physically and mentally.

I know firsthand that turning 50 doesn’t mean that your life has to start shrinking. If you want your life to expand like mine has, look inward. Ask yourself: What’s inside of me that still needs to bloom?

There isn’t a right answer. There may be dozens or even hundreds of answers! Open yourself up to them, and you can embrace the second half of your life with confidence.