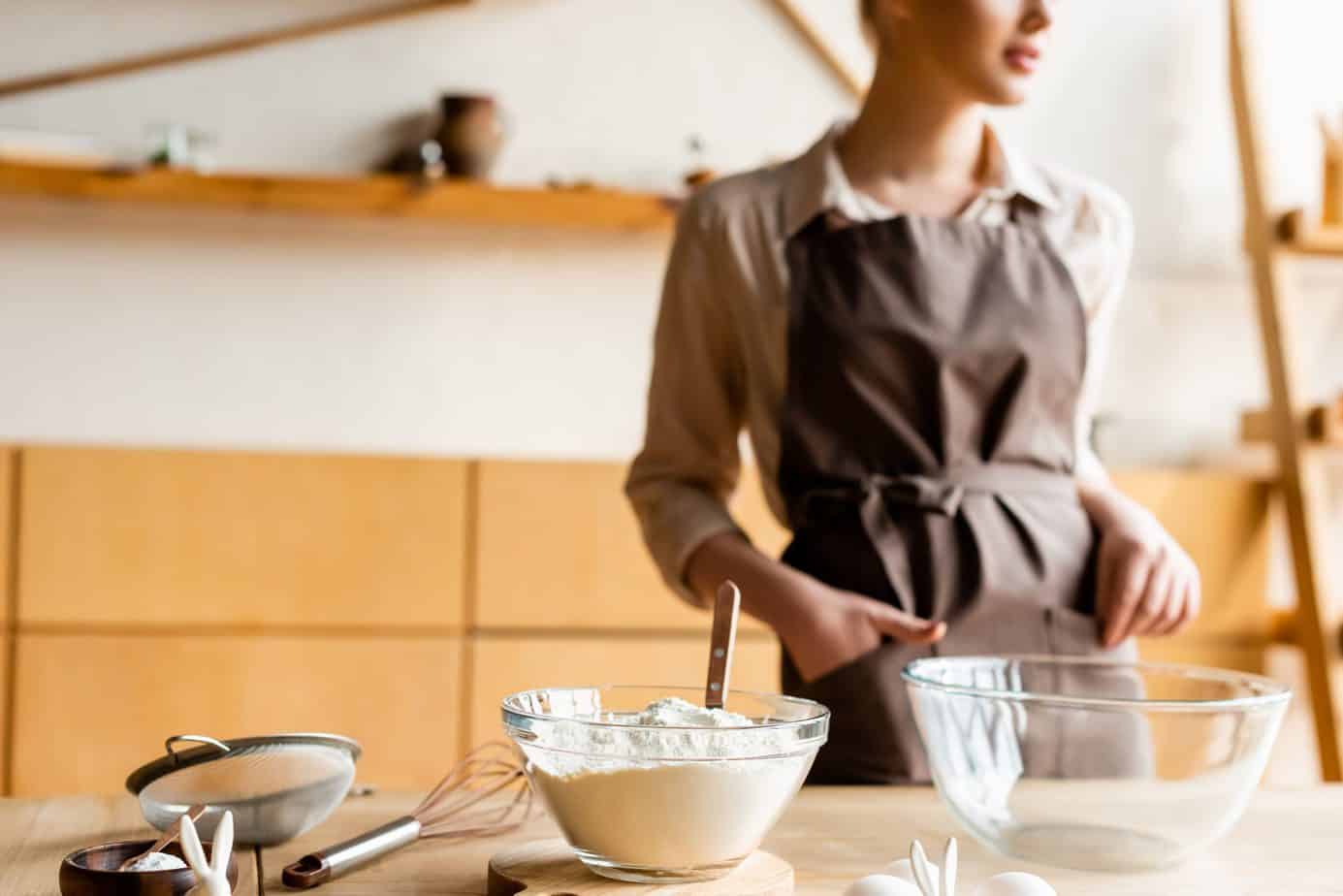 Are you trying to bake bread for the first time?

Until quarantine, I had never baked bread before.  Since I make a systematic effort to try new things in order to have fun, slow the passage of time and engage my brain, I decided to bake my own bread.

Unfortunately, I followed the current trend – sour dough bread baking. This is like a baking experience of skipping elementary school and heading straight to high school. In other words, not a good idea.

While the taste of sour dough bread is amazing, baking a loaf is more of an “intermediate bread making” skill than a beginner one. For one thing, sour dough uses a “starter” which needs some care, making it much more challenging than using yeast. And the process takes two days!

My sour dough baker friends gave me some starter in a jar and said, “It’s fed and ready to bake.” It’s “fed?”  What does that mean? I thought it was supposed to feed me.

If you are up for learning a new skill, I’d say go for it. Bake your own bread. But with the caveat, don’t start with sourdough. Why don’t you try something easier first? Start with a win.

What happened when I tried baking sour dough bread with my own starter.   Not so good.   In fact, the bread was so bad it wasn’t edible.

The crust was non existent and the loaf flat and devoid of the holes in the center.

My husband was kind after his first bite and said tactfully, “This would make great toast.” Once I admitted that it was terrible and my husband was safe to reveal his true feelings, he shared, “This bread is a gut buster.”

While I wanted to bake my own bread, I had to find something easier than sour dough.  Then out of the blue, my daughter sent me a book by Bonnie O’Hara, “Bread Baking For Beginners.”  Problem solved.  The author suggested starting with an easier “no knead” Rustic Loaf using instant yeast instead of sourdough.

The rustic loaf was a success.

Here is a picture of my first loaf – crust was firm and crunchy and the load light and airy.  Now we are talking!

Sour dough will not remain elusive. I will master this bread at some point. For now, I am going to work my way through the bread for beginners books to gain knowledge and feed my husband (and neighbors.)

Here are six tips I learned from baking bread for the first time:

1.    Start with a simple loaf until you get the hang of it

Don’t repeat my failed attempt above.  Pick up Bonnie Ohara’s book Bread Making for Beginners (buy it on Amazon here) or take the online class she offers through her website – Alchemy Bread.

2.    Get the right bread baking supplies

You’ll need a food scale to measure your ingredients in grams, a food thermometer, a dutch oven, parchment paper, and a proofing bowl.  Other than the proofing bowl, you’ll want to have the other supplies on hand from the start.

My first few breads were proofed in a colander with a towel dusted with flour.  Air needs to get all around your rising loaves so a metal or glass bowl isn’t a great tool.

Bread only has four ingredients – water, flour, salt and yeast.  Bread flour is recommended because it has more protein than white flour. In Utah we are fortunate to have access to Redmond Salt from a salt mine in Northern Utah (when Utah was an ancient sea!)

Now that I’ve made a few loaves of bread (and am hooked on baking,) I invested in some proofing baskets with special floured covers (so the dough won’t stick.)

(You can order them here.)

4.    Check the temperature of the ingredients

According to Bonnie, the temperature of your flour, water and the room make a difference.  She shares a temperature chart in her book – since my flour temperature was 60 degrees from my pantry, I needed to warm up the water to over 80 degrees!

Using a simple meat thermometer, I tested the flour and then made sure to bring up the water temperature before I added the yeast.

Test your flour first. Does this seem odd? It did to me, too.  My flour measured 60 degrees.  Doesn’t that seem on the cool side?  With flour on the cooler side, the chart said to use water that is 80 degrees.  Who knew to increase the water temperature?

5.     Make two small loaves instead of one large

My friend Trish taught me this one.  Since there are only two in my household, we won’t eat the full loaf in a few days. Since there aren’t any preservatives, this bread is made for enjoying within a day or two. So I made two smaller loaves and froze one.

Divide your dough into two smaller loaves before the rising and proofing stage.  When it’s done freeze one to eat later in the week. Trish swears its even better than fresh baked because the crust magically gets crunchier with the freezing.

6.  Bake your bread in a Dutch oven

Breads love Dutch ovens. The cast iron holds the heat and steams the bread in just the right way.  When you’ve baked your bread for 25 minutes, you can remove the top and let the crust brown.  All you need to worry about is avoiding getting burned by the hot pan!

Start simply.  Bake a no-knead Rustic Loaf  using instant rise yeast. At least at the beginning, skip the more advanced sour dough style with a starter you need to maintain.

With working from home and following the stay-at-home orders to slow the spread of the pandemic,  many people have been starting to grow their own herbs and vegetables and bake their own bread.  The feeling of cutting fresh herbs from the window sill and eating bread I baked is hard to explain.  Maybe “grounded” is the right word.

Having early success in bread making is important!